Plant a tree in memory of Ivan
An environmentally-friendly option 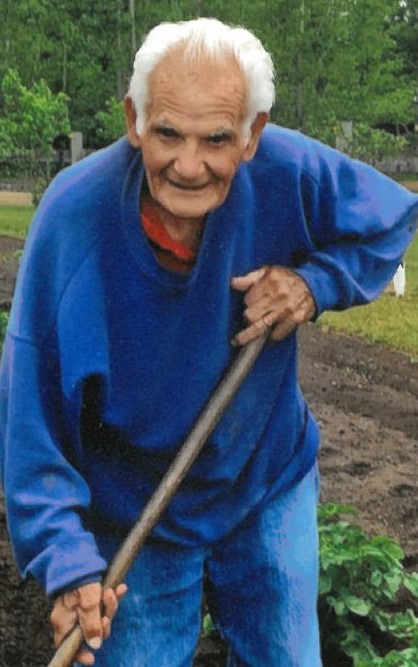 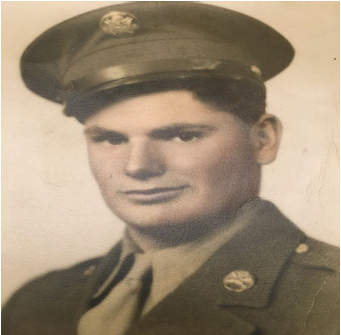 Ivan John Himmelright, 96, of Bemidji, MN passed away April 21, 2021 at his home surrounded by family. Funeral Services will be held June 19, 2021 at 2:00 PM at Olson Schwartz Funeral Home. Burial will follow at Nary Cemetery with a gathering following at Cantabria Coffee Shop.

Ivan was one of seven children born in Nary Minnesota to William and Lettie Himmelright. The family moved to Nebraska where he began school at age 4. They later returned to Guthrie Minnesota eventually settling back in Nary. Part of his education was in a one room schoolhouse which is now a historic Minnesota landmark. He grew up on a farm appreciating the hard work of chores and taking care of animals and living off the land. These values carried forward into adulthood and molded him into the man he became. He went from being a railway worker to a lumberjack until he was drafted in 1943 at age 19 to serve his country in WWII. He served in Guadalcanal, Papa New Guinea, and the Philippines, until the end of the war and he was able to return home to Mn.

It was in 1951 when he met the love of his life. They were set up by family and the rest is history. They were married in 1952 and spent the next 68 years making memories and setting examples for the rest of their family to follow. He was the true patriarch of his family leading always by example of how to be a great man. His kids respected him and his grandkids loved him beyond measure.

Ivan loved spending time in his garden and with his chickens. Tilling the land, planting flowers, and feeding his family with the labor of his bare hands brought him such joy.

Plant a tree in memory of Ivan by clicking here.
To send flowers to Ivan's family, please visit our floral store.

Plant a tree in memory of Ivan
An environmentally-friendly option

Plant a tree in memory of Ivan

1 tree planted in memory of Ivan

I am so sorry for your loss. May you find comfort in your loving memories.

A Memorial Tree was planted for Ivan John Himmelright

Plant a tree in memory of Ivan